A street of history next to the Tokyo Metro Marunouchi line called Nabeya-Yokocho. Beloved by all the locals for the past 70 years, a shopping arcade that is a local landmark. 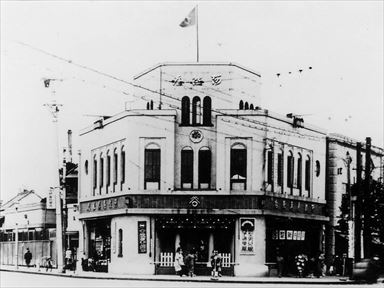 Awa-Ya Clothing shop before the war which was replaced by Mizuho Bank at the Nabe-Yoko intersection. 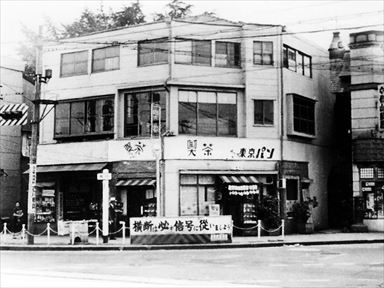 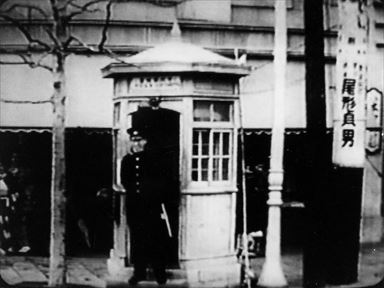 1928: The police box at the Nabe-Yoko intersection 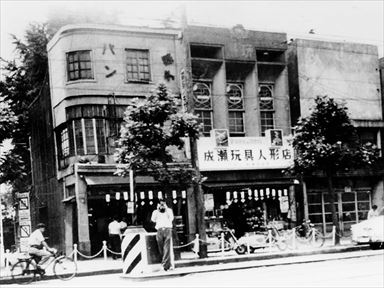 1940-1941: The large ginkgo tree of Gosha Inari Temple can be seen behind the Naruse toy shop 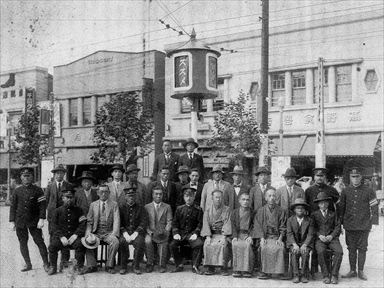 1928: The commemorative photo in front of the Nabe-Yoko intersection traffic signal 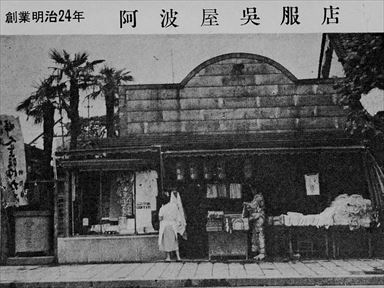 Awa-Ya Clothing shop after the war 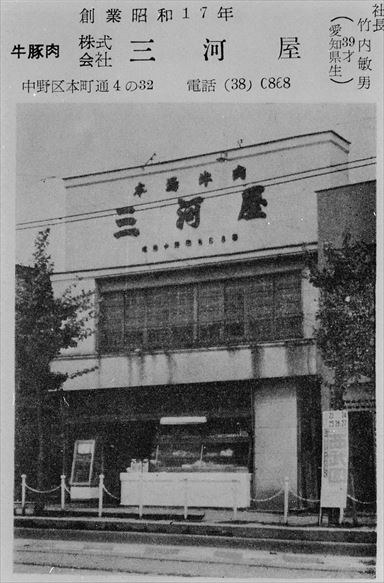 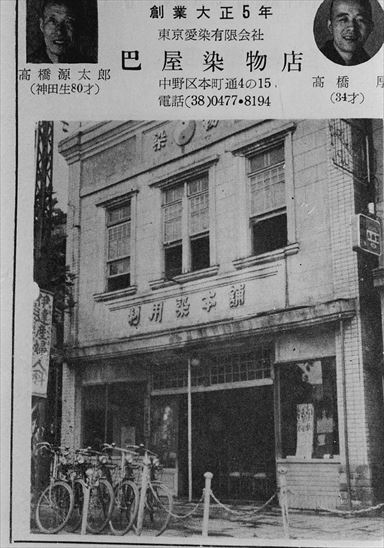 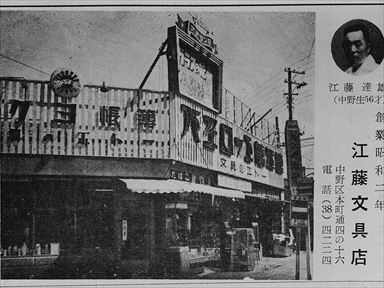 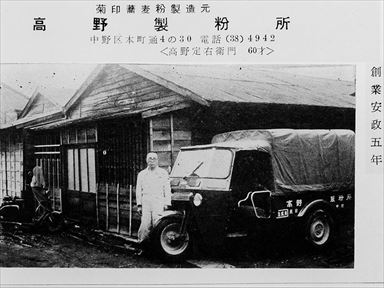 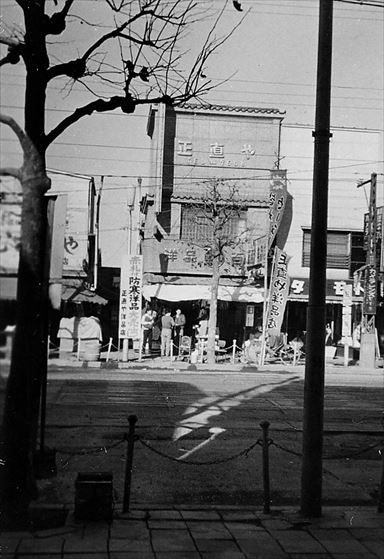 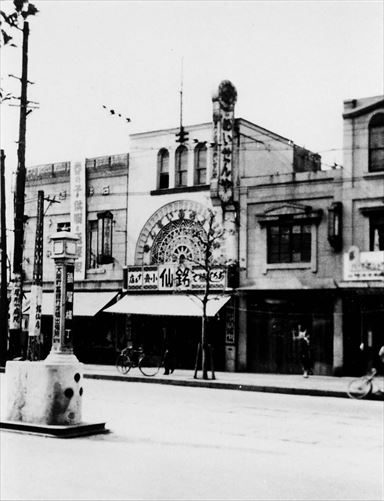 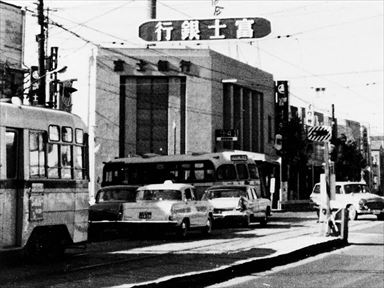 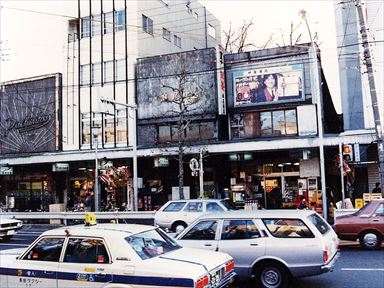 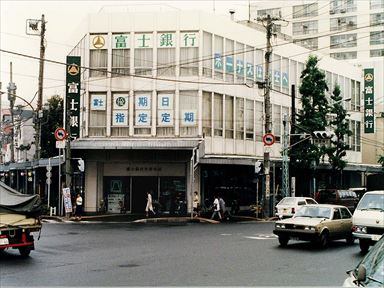 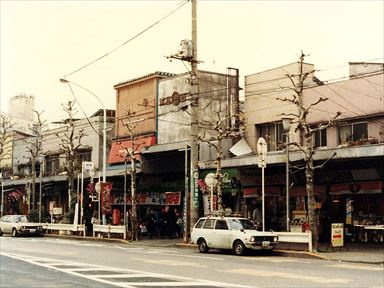 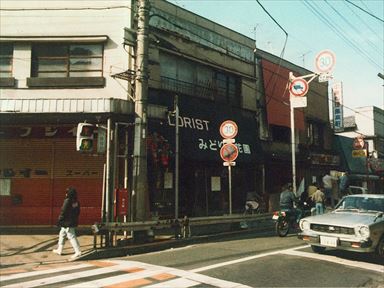 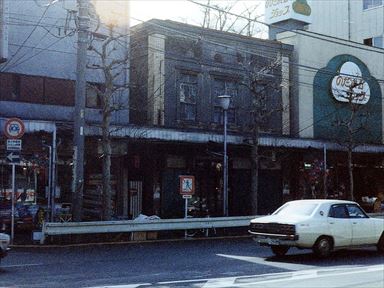 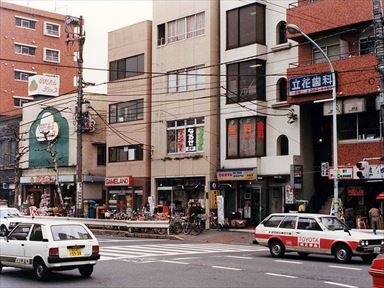 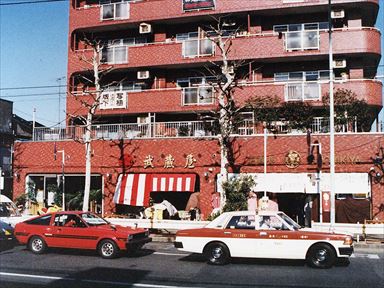 Visiting the historic sites of Nabeya-Yokocho

Monument to the origin of Nabeya-Yokocho 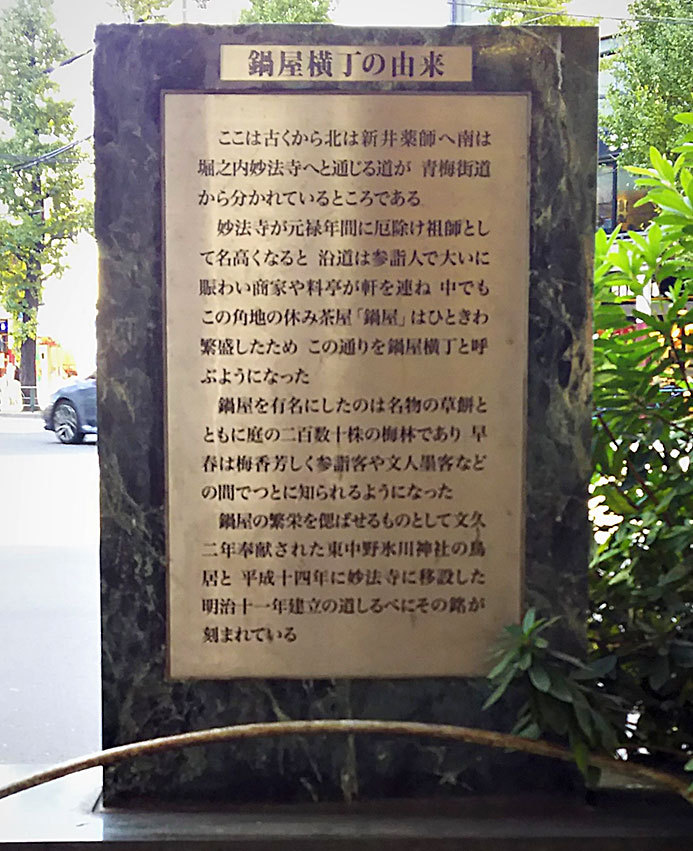 Dear visitors, did you know that the origin of the Nabeya-Yokocho name came from the fact that it was originally a place where nabe (cooking pot) vendors gathered to sell their products? In fact, in the old days it was the street leading to Myohoji Temple, Horinouchi Suginami-Ku for the legendary talisman Ososhi-sama. From around the middle of the Edo period worshippers walked through here endlessly and then a tea shop appeared. The name of the shop was “”Nabeya”” which became very popular because of its delicious mochi dumplings (kusa mochi) and beautiful plum trees around this shop. In 1979 the Nabeya-yokocho Odori arcade 30th anniversary was celebrated and a commemoration stone was erected. On the stone was written these stories of Nabeya-Yokocho. 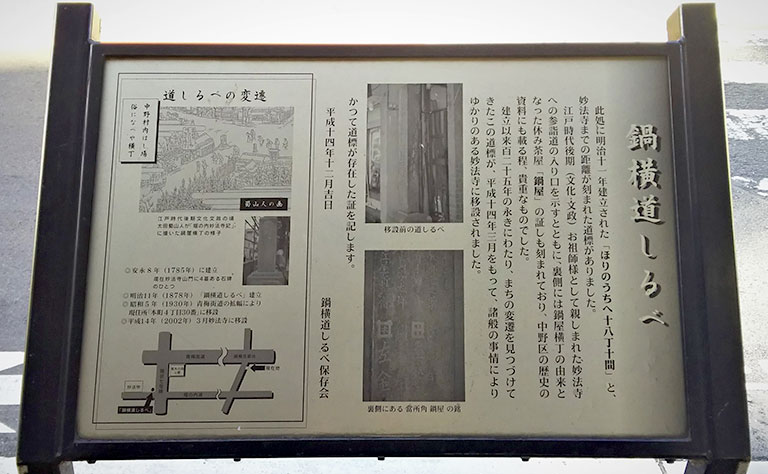 The origin of the location name derived from the name of the tea house “”Nabeya”” was etched on the stone, which has been a symbol of the Nabeya-Yokocho street. In 2002 when a new building was constructed, the stone was relocated to Myohoji Temple where is related to Nabeya. Then, an explanation sign post was set up as a proof that there was the symbol here.

There is a sacred ginkgo tree over two hundred years old on the Gosha Inari Temple grounds where wishes are said to come true “Hikagiri No Inari”. Many worshippers would come to touch the ginkgo tree with their hands to get “spirit”. This Gosha Inari is known as the “power spot” at Nabe-Yoko. 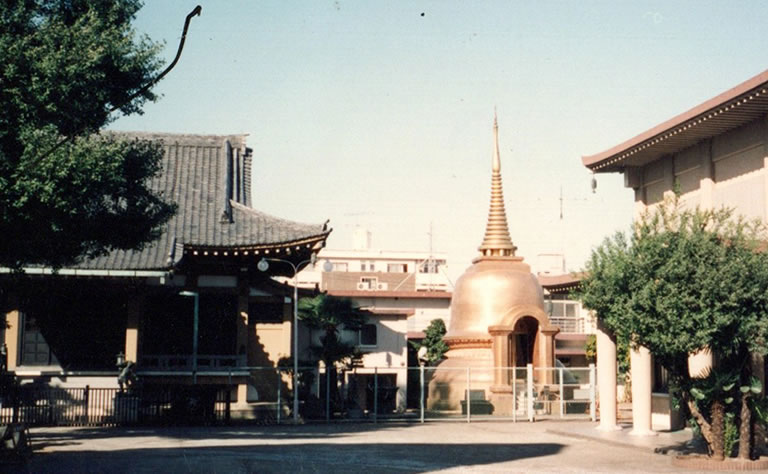 This temple has been highly respected in this region for a long time. When you enter the temple grounds the first thing you see is the shining gold pagoda. It was called the first tower of Tokyo and was said to hold a few grains of Buddha’s bones. It is a place in Tokyo where faithful Buddhists from Southeast Asia congregate.

This park is very well known, but is a surprisingly small one. Locals use the park as a place to rest. Throughout the year there are events such as kids sumo competition, mochi rice cake pounding events, and autumn festivals. In 2010, a bicycle parking area was created underground. 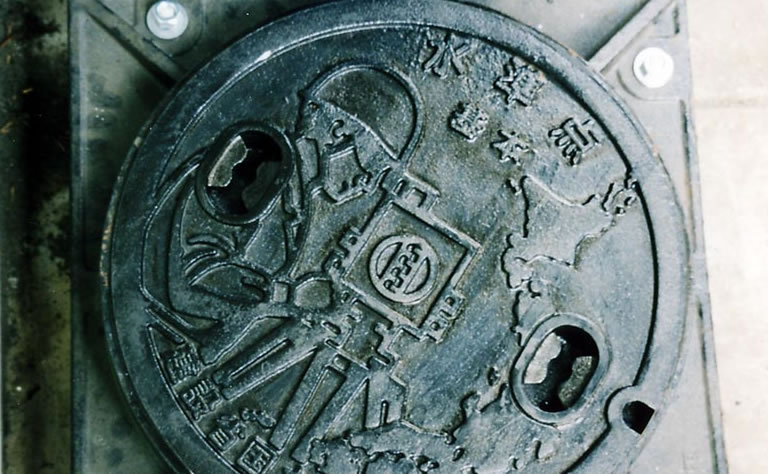 There is an unfamiliar benchmark on the front sidewalk of Machioka confectionery which is at the Nabe-Yoko intersection. There are only 5 places in Nakano-ku where you can see changes of the altitude of land, which is checked here every year.